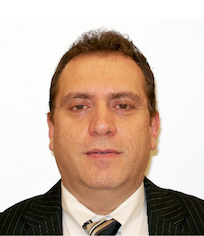 Alexander Aussi possesses over 25 years of experience in healthcare, 22 years in organ transplantation. Alexander has extensive experience in transplant administration, new transplant and VAD program setup, marketing, managed care relations, contract management and multiorgan transplant Medicare Acquisition cost centers. Alexander completed his BSN in 1990 from the Faculty of Medicine at the American University of Beirut. He finalized his nursing board certification from the University of the State of New York, Albany in 1994, and continued his MBA at Oklahoma City University from which he graduated with high honors in December 1995.

Alexander joined the University of California San Diego (“UCSD”) Medical Center in the capacity of Service Line Administrator for organ transplantation (2006-2014) and assisted in ensuring that the UCSD transplant programs met all goals for quality, compliance and service.

Alexander serves on the AST-Transplant Administrators Community of Practice since its inception in 2010 and was elected by peers as Chair in 2013 for a two-year term. He maintains constant contact with transplant administrators and other colleagues asking for assistance and support.
Alexander frequently presents on relevant transplant topics at UNOS Management Forums and ATC meetings. He has published many abstracts, which he authored with transplant colleagues, and through his work as independent consultant to CMS and many transplant programs in the U.S. and abroad.

Alexander worked with Guidry & East for several years as a contract employee before joining the firm as Chief Operating Officer/Principal/Owner in 2014. He oversees the clinical/operations and transplant finance consulting functions of Guidry & East.