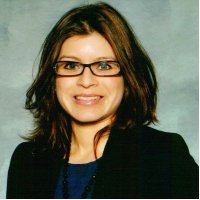 Angela Marquez received her BA in History with a minor in Spanish from UCLA. She then worked as a Clinical Research Coordinator for a not-for-profit organization focusing on cardiovascular and heart transplant research, working closely with the medical director of the heart transplant program at UCLA. In this role, she oversaw a multi-center clinical trial and several investigator-initiated studies, as well as co-authored five peer-reviewed journal articles.

Angela received her Masters of Public Health in Health Services Management, also from UCLA. She also worked as a Research Analyst for Sinaiko Healthcare Consulting prior to moving to Boston in 2006 to become an Administrative Fellow at the Massachusetts General Hospital.

As Senior Administrative Director, she oversees the financial, operational, regulatory, human resources, and program marketing and development activities for the Heart, Lung, Liver, Kidney, Pancreas, Islet and VCA Transplant Programs, MCS Program, and the Division of Transplant Surgery, including its research facets. Angela has served as the UNOS Region 1 Representative for the Transplant Administrator Committee (TAC) since July 2013 and is currently the TAC AST Transplant Administrator Community of Practice Liaison.