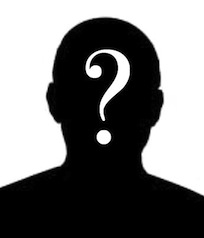 Dr. Aranda-Michel previously served as a Professor of Medicine at the Mayo College of Medicine, Mayo Clinic. He also served as Senior Associate Consultant in the Division of Transplant Medicine of the Department of Transplantation at the Mayo Clinic in Jacksonville, Florida as well as Senior Associate Consultant in the Division of Gastroenterology & Hepatology of the Department of Internal Medicine. While a member of the Mayo Clinic, Dr. Aranda-Michel received numerous honors and awards for education, including The C. Richard Fleming Award for two consecutive years.

Dr. Aranda-Michel received his Doctor of Medicine from Universidad Nacional Autonoma de Mexico, Mexico City and completed his residency at Monash University, Alfred Group of Hospitals in Melbourne, Australia. He later completed Fellowships in Gastroenterology at Instituto Nacional de la Nutricion, Salvador Zubiran, Mexico City; Clinical Nutrition at the University of Alabama at Birmingham; and in Gastroenterology/Hepatology and Liver Transplantation at The University of Cincinnati College of Medicine.